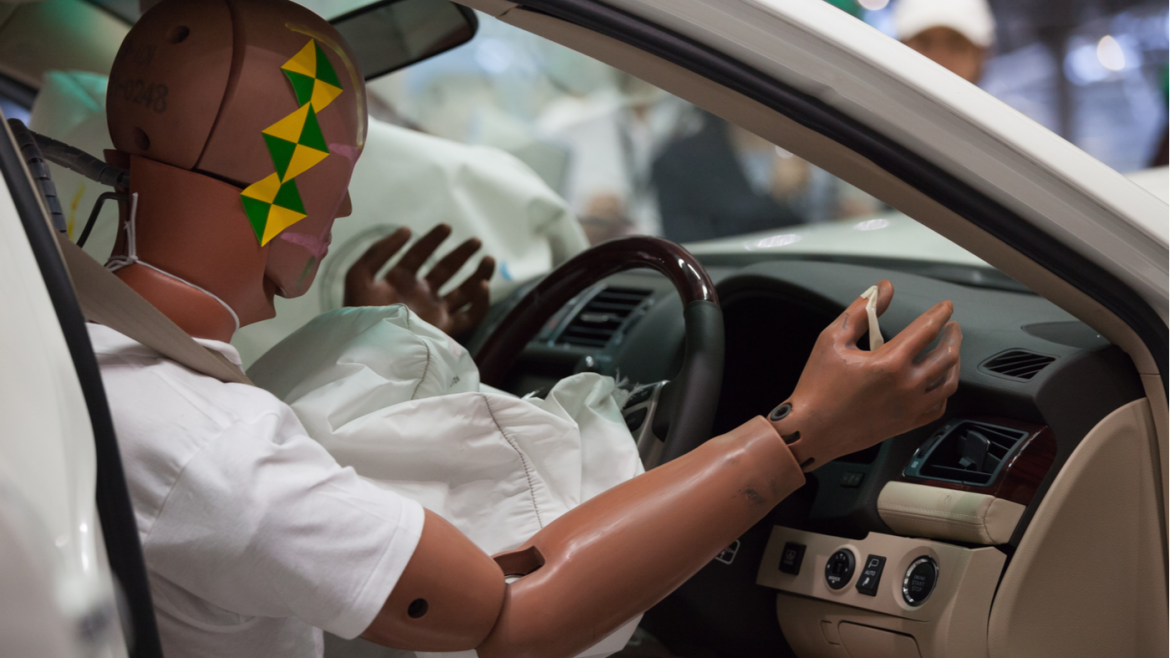 Airbags are safety measures devised to alleviate or avert damages and injuries for riders during an accidental event. Airbags offer an extra stability shield to seatbelts. Whenever a misfortunate event occurs, an airbag ensures the provision of increased protection for the most endangered body parts, i.e., the skull, the spine, and the chest. Airbags perform to provide added protection along with the seat belt to reduce and securely disperse the effect of several forces that are acting on the driver and passengers of a vehicle when they get engaged in an accident. For instance, in speedy collisions, a driver’s head cannot be prevented from bumping into the steering wheel or column by seatbelt alone. The disposition of airbags ensures the security of the forefront and back of the upper body of the driver, while the effect of some of the forces is dampened with the help of the seatbelts.

Airbags have saved a large number of lives. Airbags are suitable when a vehicle faces a sudden decrease in speed. While driving there are many unavoidable hazards that are difficult to avoid collisions that you do not expect. It can be a large animal, a truck tire that came off on a highway, or objects that fell from other vehicles.  There are plenty of other possibilities where you lose control of the vehicle and collide with something in motion.  Due to a reduction in speed at sudden airbags are activated with an aim to save you from hitting on steering or dashboard. Airbags mostly focus on frontal crashes but if the deceleration is very high due to any other type of crashes either from the sides or back.

Airbags contain three elements; the bag is usually made up of nylon, the inflator unit which inflates it after getting impulse from sensors, and last, there are sensors, present in the front. When the sensor detects a crash with the help of speed reduction, the inflator in microseconds inflates the bag with nitrogen gas. There are different types of sensors but all of them are very effective and lifesaving.

Airbags deploy at very high speed because that’s what makes them effective. It has to deploy and save the driver before he hits on the dashboard. Then after a few seconds of the crash, the bag after reaching a fully inflated point starts leaking gas from a hole so that the passenger can get out of the vehicle immediately. The bag itself is harmless, it is soft and lubricated.

There are some factors on which the effectiveness of airbags depends. First of all the position of the passenger and next is whether the driver is wearing a seatbelt or not. Overall, it is no doubt airbags are lifesaving and very efficient in their business, still, one should wear a seatbelt and drive with care to prevent accidents from happening.